Conductor execs buy their company back from WeWork

It’s been less than two years since WeWork announced the acquisition of SEO and content marketing company Conductor — but those two years have been bumpy, to say the least.

Briefly: Parent organization The We Company’s disastrous attempt to go public resulted in the ouster of CEO Adam Neumann, an indefinite delay of its IPO and reports that the company was weighing the sale of subsidiaries Meetup, Managed by Q and Conductor.

So it’s no surprise that Conductor is, in fact, being sold — not to another company, but to its own CEO and co-founder Seth Besmertnik, COO Selina Eizik and investor Jason Finger (managing partner of The Finger Group and founder of Seamless).

“We’re grateful for our time with WeWork, during which we’ve been able to invest aggressively in R&D, doubling the size of our team with world-class talent that helps our customers achieve success everyday,” Besmertnik said in a statement. “People don’t want to be advertised to or sold to anymore. Our solutions make it easier for brands to deliver marketing that is helpful and valuable. It’s marketing that consumers actually seek out.”

The company also says that Conductor’s employees will be given a new category of stock that they’re calling founder-preferred shares, turning them into “250 employee co-founders” who can appoint a representative to the board of directors. This should give them a bigger stake and a bigger say in where Conductor goes from here.

In fact, Besmertnik noted that pre-acquisition, the Conductor team (including himself) owned less than 10% of the company, while under the new structure, employees will own “more than four times what they did when we sold the company” — and combined with Besmertnik and Eizik’s shares, they have a majority stake.

“Our ownership model is going to really create an even more committed and even more passionate group of people as we apply that to our mission and vision,” he told me.

Conductor started out with a focus on helping marketers optimize their websites for search, then expanded with tools for creating the content that’s being found through search. Since its acquisition, the company has operated as a WeWork subsidiary, and it’s currently working with more than 400 enterprises including Visa, Casper and Slack.

The financial terms were not disclosed, but Conductor says that as a result of the deal, it’s fully divested from The We Company. 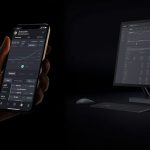