Codefresh, a continuous integration and delivery platform built for the Kubernetes container ecosystem, today announced that it has raised an $8 million Series B round led by M12, Microsoft’s venture fund. Viola Ventures, Hillsven and CEIF also participated in this round, which brings the company’s total funding to $15.1 million.

In a market where there are seemingly more CI/CD platforms every day, Codefresh sets itself apart thanks to its focus on Kubernetes, which is now essentially the de facto standard for container orchestration services and which is seeing a rapid growth in adoption. The service promises that it can help developers to automate their application deployments to Kubernetes and that teams will see “up to 24X faster development times.” That number seems a bit optimistic, but the whole point of adoption Kubernetes and CI/CD is obviously to speed up the development and deployment process. 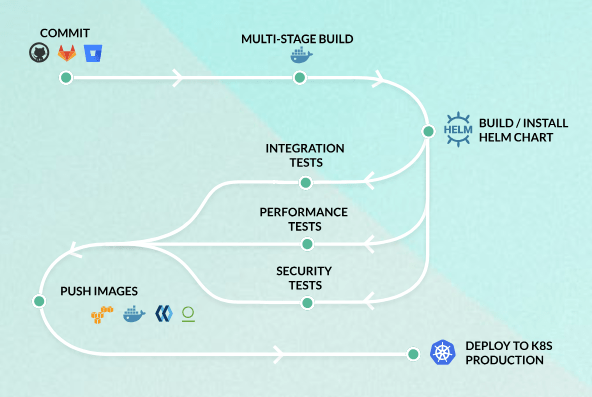 “The meteoric rise of Kubernetes is happening so fast that most toolchains haven’t kept up, and M12 knows it,” said Raziel Tabib, Codefresh co-founder and CEO. “With this latest round of funding we’re going to aggressively accelerate our roadmap and expand our customer base.”

The Codefresh platform hit general availability in 2017 and the company currently claims about 20,000 users, including the likes Giphy.