CleverTap, an India-based startup that lets companies track and improve engagement with users across the web, has pulled in $26 million in new funding thanks to a round led by Sequoia India.

Existing investor Accel and new backer Tiger Global also took part in the deal, which values CleverTap at $150-$160 million, the startup disclosed. The deal takes CleverTap to around $40 million from investors to date.

Founded in 2015 and based in Mumbai, CleverTap competes with a range of customer experience services, including Oracle Cloud. Its service covers a range of touchpoints with consumers, including email, in-app activity, push notifications, Facebook, WhatsApp (for business) and Viber. Its service helps companies map out how their users are engaging across those vectors, and develop “re-engagement” programs to help reactive dormant users or increase engagement among others.

The company says its SDK is installed in over 8,000 apps and its customers include Southeast Asia-based duo Go-Jek and Zilingo, Hotstar in India and struggling U.S. startup Fandango . With a considerable customer base in Asia, CleverTap puts a particular focus on mobile because many of these markets are all about personal devices.

“Asia is mobile-first and massively growing,” CleverTap CEO and co-founder Sunil Thomas told TechCrunch in an interview. “A lot of engagement in this [part of the] world is timely… we were sort of born physically on the east side of the world, so we got to scale with all these diverse set of devices.”

That stands to benefit CleverTap as it seeks to grow market share outside of Asia, and in markets like the U.S. and Europe where mobile is — right now — just one part of the marketing and customer engagement process. The company believes that engagement by mobile has a long way to develop there.

“Engagement [in the West] is still email-heavy and not really timely,” Thomas said. “Whereas the East thinks of it as ‘Hey, let’s be proactive… instead of a user coming in to hunt for information, can I provide it when I think he or she will need it?’”

Of course, mobile push and in-app notifications can be easily abused.

“As long as you use push or in-app as an extension of your brand, then I think it’s extremely useful,” explained Thomas. “After all, this is a really competitive world; it isn’t just your app out there — if you can make your brand count when this person isn’t in your app, that’ll help you.”

More broadly, Thomas argued that CleverTap brings data to the table which, ultimately, “changes the whole context in real time.” So a customer can really look holistically at their online presence and figure out what is working, and with which users. In real terms, when used to acquire new users online, he said he believes that CleverTap typically doubles registration conversions and triples the buying rate.

“The cost of acquisition to first purchase is what we really effect,” said Thomas. “It’s that moment you get a new person into your house.”

CleverTap has an office in Sunnyvale and it has just landed in Singapore. Now it plans to add a location in Indonesia before the end of the year. Those expansions are centered around business development, with some customer support, since tech and other teams are in India. Already, according to Thomas, the company is looking to grow in Europe while it is weighing the potential to enter Latin America in a move that could include a local partnership.

The CleverTap CEO is also considering raising more money towards the end of the year, when he believes that the company can push its valuation as high as $400 million.

“That’s very doable based on revenue growth,” he said. “We think that the revenue will demand that valuation.” 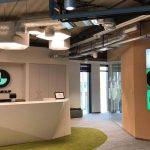 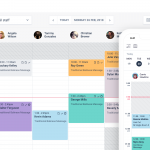