A week after spinning out its driver services business and giving it $1 billion in investment capital, Didi Chuxing has added to it through an acquisition.

Xiaoju Automobile Solutions (XAS), which the Didi spinout is called, announced today it has bought Hiservice, a three-year-old company that provides after-service care for car owners using a digital platform.

The deal was undisclosed, but XAS said that Hiservice will be combined with its maintenance and repair division to form a new unit that’s focused on car-owner services such as maintenance, parts and components. That’ll be called Xiaoju Auto Care (小桔养车) for those of you who are keeping up with the names of these Didi subsidiaries.

Didi’s move to create XAS, which removes an asset-heavy business from the core Didi books, is seen by many as a sign that the company plans to go public soon. Unsurprisingly, Didi isn’t commenting on that at this point. The company was last valued at $56 billion when it raised a $4 billion round late last year — it has since added a $500 million strategic investment from travel company Booking Holdings.

While it is organizing its China-based business, Didi has also spent this year expanding into new markets. It has launched in Mexico, Australia and Taiwan while it acquired Uber rival 99 in Brazil. It is also edging close to launching a taxi-booking service in Japan via a joint venture with SoftBank. 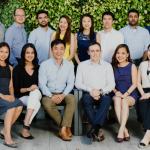