Messaging app firm Line has given up majority control of its Line Games business after it raised outside financing to expand its collection of titles and go after global opportunities.

The Line Games business was formed earlier this year when Line merged its existing gaming division from NextFloor, the Korea-based game publisher that it acquired in 2017. Now the business has taken on capital from Anchor Equity Partners, which has provided 125 billion KRW ($110 million) in financing via its Lungo Entertainment entity, according to a disclosure from Line.

A Line spokesperson clarified that the deal will see Anchor acquire 144,743 newly-created shares to take a 27.55 percent stake in Line Games. That increase means Line Corp’s own shareholding is diluted from 57.6 percent to a minority 41.73 percent stake.

Line operates its eponymous chat app which is the most popular messaging platform in Japan, Thailand and Taiwan, and also significantly used in Indonesia, but gaming is a major source of income. This year to date, Line has made 28.5 billion JPY ($250 million) from its content division, which is primarily virtual goods and in-app purchases from its social games. That division accounts for 19 percent of Line’s total revenue, and it is a figure that is only better by its advertising unit, which has grossed 79.3 billion JPY, or $700 million, in 2018 to date.

The games business is currently focused on Japan, Korea, Thailand and Taiwan, but it said that the new capital will go towards finding new IP for future titles and identifying games with global potential. It is also open to more strategic deals to broaden its focus.

While Line has always been big on games, Line Games isn’t just building for its own service. The company said earlier this year that it plans to focus on non-mobile platforms, which will include the Nintendo Switch among others consoles.

That comes from the addition of NextFloor, which is best known for titles like Dragon Flight and Destiny Child. Dragon Flight has racked up 14 million users since its 2012 launch, at its peak it saw $1 million in daily revenue. Destiny Child, a newer release in 2016, topped the charts in Korea and has been popular in Japan, North America and beyond.

Note: the original version of this article was updated to clarify that Lungo Entertainment is buying newly-issued shares. 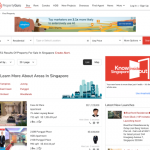 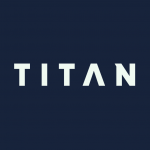