Have you felt a disconnect with your Alexa and wished she could share more of your sense of humor or tell you an actually scary ghost story? Startup Storyline makes designing your own Alexa skills as easy and dragging and dropping speech blocks, and has just raised $770,000 in a funding round led by Boost VC to help grow its skill builder API.

The company launched in 2017 to help bridge the gap between creators and the tricky voice recognition software powering smart speakers like Alexa. With its new funding, CEO and co-founder  Vasili Shynkarenka says that Storyline is hoping to expand its team and its interface to other smart speakers, like Google Home, as well work on integrating monetization and third-party services into the interface.

Storyline’s user friendly interface lets users drag-and-drop speech commands and responses to customize user’s interactions with their smart speaker devices. Users can choose between templates for a skill or a flash briefing, and test the voice recognition and logic of the design live in their browser window.

Since its launch, over 12,000 Storyline users have published 2,500 skills in the Alexa Skills Store — more than 6% of all skills in the store. The interface has also been used by the grand-prize winners of Amazon’s developer Alexa Skills Challenge: Kids and the publication Slate.

Just as YouTube has video creators, Shynkarenka says he wants Storyline to become the home for smart speaker content across devices. The startup has already cultivated an active online community of 2,500 creators excited about creating and sharing this content.

Storyline is not alone in this space however, Amazon itself released Amazon Blueprints in April that allows users to create customized Amazon skills using several different available templates.

As the smart speaker space, and subsequent skill creation one, continue to heat up, the creation of your perfectly customized new smart speaker family member may be closer than you think. 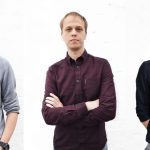