Civil, the blockchain-based journalism organization, is casting its eye to Asia after it set up a $1 million fund that’s aimed at seeding 100 new media projects across the continent over the next three years. The organization has teamed up with Splice, a Singapore-based media startup which will manage the fund, according to an announcement.

There’s been a lot of attention lavished on Civil for its promise to make media work more efficiently using blockchain technology and its upcoming crypto token, CVL. The organization has raised $5 million in financing from ConsenSys, the blockchain corporation led by Ethereum co-creator Joe Lubin, and its ICO takes place next month with the goal of raising around $32 million to launch its network and actively onboard new media companies worldwide.

But the company is waiting around. Civil has already actively jumped into the media space — providing financial backing to the newly-formed The Colorado Sun — but the scope of the project in Asia is different in trying to kickstart a wave of new media organizations by giving them money to get off the ground.

Alan Soon, co-founder and CEO of Splice, told TechCrunch that it hasn’t been decided whether the financing will be in the form of grants or equity-based investments. Despite that, he said deals will be “pre-seed, micro-investments to help entrepreneurs take their ideas to prototype stage.”

Soon said that all kinds of media are in play, ranging from the more obvious suspects such as publishers, reporting websites and podcasts to behind-the-scenes tech like automation, bots and adtech.

Notably, though, he clarified that the beneficiaries of the fund will be under no obligation to adopt Civil’s protocol, the technology that will be funded by the upcoming ICO. Splice itself, however, has committed to doing so which will mean it gains access to the network’s content, licensing opportunities and more.

“I’m with Civil because I really believe in their values,” Soon added. “They want to do the right thing for this space.” 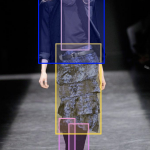 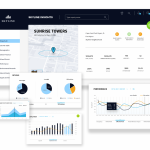