Another acquisition for French carpooling platform BlaBlaCar: It’s picked up Russian Internet giant Mail.Ru’s relatively recent rival offering, BeepCar, in what’s being billed as both an acquisition and a partnership.

BlaBlaCar says the move is aimed at consolidating its international growth.

“Through this acquisition, we are doubling down our commitment to develop carpooling in Russia, and to address growing Russian demand for a convenient and reliable long-distance mobility solution,” said co-founder and CEO Nicolas Brusson in a statement.

Russia, a market which BlaBlaCar launched into via acquisition back in 2014 is now its largest market (with 15M users out of its global user base on 65M+). Whereas BeepCar, which only started in 2017, is reported to have passed five million downloads for its app as of Q2 this year.

But close competition from a well-resourced, local Internet giant in a core strategic market where BlaBlaCar has focused for growth likely meant this acquisition was probably only a matter of time.

Financial terms have not been disclosed but it includes a marketing partnership — with BlaBlaCar committing to further promote carpooling through Mail.Ru Group platforms (so it’ll presumably be buying ads).

While, from this fall, BeepCar traffic will be redirected to BlaBlaCar — thereby “driving” advertising revenue for Mail.Ru Group, as they put it (ho-ho).

A spokeswoman for BlaBlaCar confirmed the BeepCar brand and platform will be going away as the service is being consolidated into BlaBlaCar’s platform.

This April the French startup also acquired a Paris-based rival, called Less. While, back in 2015, it bagged its then biggest European rival, Carpooling.com, to dominate its home region.

For its part, the Mail.Ru Group said it will focus on developing its larger verticals: Food delivery, classifieds, cross-border trade, and taxi ride-hailing services. 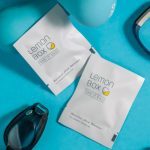 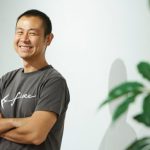