Apple has just bought up the talent it needs to make talking toys a part of Siri, HomePod, and its voice strategy. Apple has reportedly acquired PullString, also known as ToyTalk, according to Axios’ Dan Primack and Ina Fried. The company makes voice experience design tools, artificial intelligence to power those experiences, and toys like talking Barbie and Thomas The Tank Engine toys in partnership with Mattel. Founded in 2011 by former Pixar executives, PullString went on to raise $44 million.

Apple’s Siri is seen as lagging far behind Amazon Alexa and Google Assistant, not only in voice recognition and utility, but also in terms of developer ecosystem. Google and Amazon has built platforms to distribute Skills from tons of voice app makers, including storytelling, quizzes, and other games for kids. If Apple wants to take a real shot at becoming the center of your connected living room with Siri and HomePod, it will need to play nice with the children who spend their time there. Buying PullString could jumpstart Apple’s in-house catalog of speech-activated toys for kids as well as beef up its tools for voice developers. 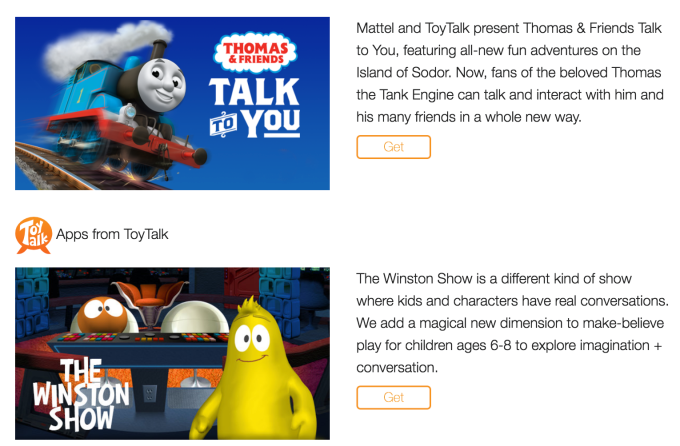 PullString did catch some flack for being a “child surveillance device” back in 2015, but countered by detailing the security built intoHello Barbie product and saying it’d never been hacked to steal childrens’ voice recordings or other sensitive info. Privacy norms have changed since with so many people readily buying always-listening Echos and Google Homes.

In 2016 it rebranded as PullString with a focus on developers tools that allow for visually mapping out conversations and publishing finished products to the Google and Amazon platforms. Given SiriKit’s complexity and lack of features, PullString’s Converse platform could pave the way for a lot more developers to jump into building voice products for Apple’s devices. 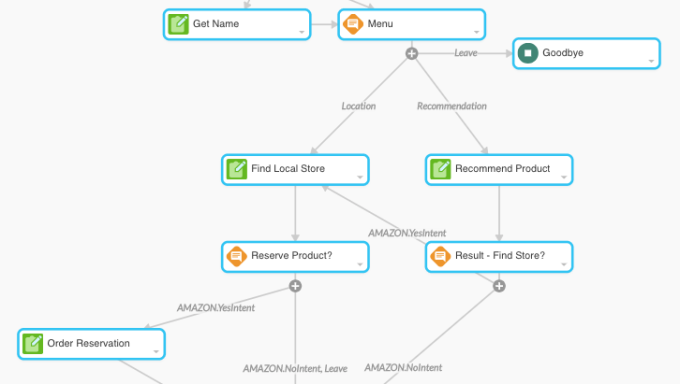 We’ve reached out to Apple and PullString for more details about whether PullString and ToyTalk’s products will remain available.

The startup raised its cash from investors including Khosla Ventures, CRV, Greylock, First Round, and True Ventures, with a Series D in 2016 as its last raise that PitchBook says valued the startup at $160 million. While the voicetech space has since exploded, it can still be difficult for voice experience developers to earn money without accompanying physical products, and many enterprises still aren’t sure what to build with tools like those offered by PullString. That might have led the startup to see a brighter future with Apple, strengthening one of the most ubiquitous though also most detested voice assistants. 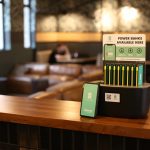