PlanetScale’s founders invented the technology called Vitess that scaled YouTube and Dropbox. Now they’re selling it to any enterprise that wants their data both secure and consistently accessible. And thanks to its ability to re-shard databases while they’re operating, it can solve businesses’ troubles with GDPR, which demands they store some data in the same locality as the user it belongs to.

The potential to be a computing backbone that both competes with and complements Amazon’s AWS has now attracted a mammoth $22 million Series A for PlanetScale. Led by Andreessen Horowitz and joined by the firm’s Cultural Leadership Fund, head of the US Digital Service Matt Cutts plus existing investor SignalFire, the round is a tall step up from the startup’s $3 million seed it raised a year ago.

“What we’re discovering is that people we thought were at one point competitors, like AWS and hosted relational databases — we’re discovering they may be our partners instead since we’re seeing a reasonable demand for our services in front of AWS’ hosted databases” says CEO Jitendra Vaidya. 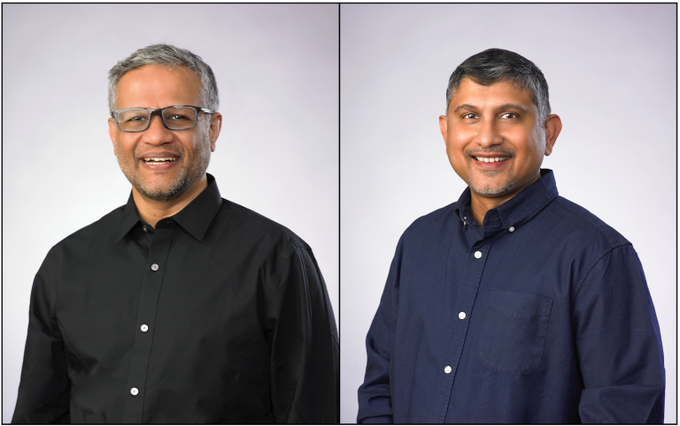 Vitess, a predescessor to Kubernetes, is a horizontal scaling sharding middleware built for MySQL. It lets businesses segment their database to boost memory efficiency without sacrificing reliable access speeds. PlanetScale sells Vitess in four ways: hosting on its database-as-a-service, licensing of the tech that can be run on-premises for clients or through another cloud provider, professional training for using Vitess, and on-demand support for users of the open-source version of Vitess.

“We don’t have any concerns about the engineering side of things, but we need to figure out a go-to-market strategy for enterprises” Vaidya explains. “As we’re both technical co-founders, about half of our funding is going towards hiring those functions [outside of engineering], and making that part of our organization work well and get results.”

They scaled YouTube — now they’ll shard everyone with PlanetScale