Amazon unleashed a flurry of new products this week at a U.S. press event, but halfway across the world, it is getting deeper into physical retail in the Indian market.

The U.S. e-commerce giant is buying up 49 percent of More in a deal that sees Amazon partner and PE firm Samara Capital pick up the remaining 51 percent. Amazon and Samara have created an entity called Witzig Advisory Services Private Limited which will hold the ownership stake through the deal, which is reportedly worth around $585 million according to Indian media. Regulation prevents Amazon from owning the business entirely, hence it requires a local partner to take a majority stake.

The deal is significant because it represents a major move for Amazon in brick and mortar retail in India, which is one of the up-and-coming global markets. It did, of course, jumped into offline sales in the U.S. when it gobbled up Whole Foods for some $16 billion last year and this India-based acquisition is similarly strategic.

Amazon is battling Flipkart for dominance in India’s e-commerce market, which is tipped to grow four-fold to reach $150 billion by 2022, according to a recent report from PWC. The India rival got a huge boost when it was bought by Walmart, Amazon’s chief rival in the U.S, in a $17 billion deal earlier this year.

That acquisition got Walmart into India’s e-commerce space and it also presents an opportunity to go further and move into other emerging markets using Flipkart’s tech and experience, which is something that Walmart has said it is keen to explore.

Now, this More deal gives Amazon a strong position in Walmart’s core business — to date, Amazon operates a limited number of fulfilment centers in India. It also comes hot on the heels of another investment which saw Amazon take control of fintech startup Tapzo in a move that boosts its own payment service in India. 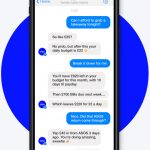