As Airbnb absorbs more and more of the demand for housing, it’s exploring how to monetize opportunities beyond vacation rentals. A marketplace for longer term corporate housing could be a huge business, but rather than build that itself, Airbnb is making a strategic investment in one of the market leaders called Zeus Living and will list its homes on the Airbnb site.

In just four years of redecorating landlords’ homes and renting them for 30+ day stays to relocated workers, Zeus Living has grown to a $100 million revenue run rate. It boosted revenue 300% in 2019, and now has 250 employees and over 2000 homes under management. Zeus make money by charging landlords one free month of usage, and marking up the rent charged to customers. It could rent out a $4,000 per month home for $5,000 plus take the extra month to earn $16,000 in a year.

Zeus CEO and co-founder Kulveer Taggar tells me “I fundamentally believe that a lot of human potential is bound by location. At Zeus, we’re deeply committed to making it easier for people to live where opportunity takes them.” It’s already hosted 27,000 residents for a total of 650,000 nights.

“The opportunity here is huge, consumer spend is going toward housing and everyone needs to stay somewhere. But it’s Kulveer and Zeus’ go-to-market strategy that is impressive” says Initialized co-founder and managing partner Garry Tan. “Zeus decided to start with corporate rentals, which we believe is the best go-to-market since it is the highest margin, and capital efficiency wins in a space with many competitors. Corporate needs are longer term, consistent and predictable, and partnering with Airbnb strengthens this approach as they expand to build a platform for every city.”

Zeus had previously raised a $2.5 million seed and then an $11.5 million Series A led by Initialized, as well as $10 million in debt to cover taking on properties in the San Francisco Bay, Los Angeles, New York, Seattle, and D.C. Now that it’s scaling up, Zeus could add a sizable debt facility to cover the risk of filling apartments with employees from clients like Brex, Disney, ServiceTitan, and Samsara.

Instead of moving into a bland corporate housing block, struggling to find a place themselves, or ending up in expensive long-term Airbnbs, workers moving to new cities can go to Zeus. It takes over apartments, handles maintenance, and fills them with branded comforts like Parachute bedding and Helix mattresses that Zeus gets at bulk rates. The startup is betting that as workers move between jobs and cities more frequently, fewer will own furniture and instead look for furnished homes like those Zeus offers.

Thanks to the premium stays it provides, Zeus charge can clients a lucrative rate while Taggar claims his service is still about half the price of standard corporate housing. For property owners, Zeus makes it easy to get a consistent rent paycheck with none of the traditional landlord work. Zeus takes care of cleaning and key exchanges so owners don’t need to do any chores like if they were running an Airbnb. Its goal is to get the first renters in within 10 days of taking on a property.

The new funding will help Zeus expand to more neighborhoods and cities while retaining a focus on breadth within each market so clients have plenty of homes to pick from. The startup will be revamping its booking and invoicing tools for enterprise partners, and improving how it sources real estate. Meanwhile it will be investing in customer care to maintain its high 70s NPS scores so relocated workers brag to their colleagues about how nice their new place is.

“Finding housing is stressful and time-consuming for both individuals and employers. As someone who has moved countries four times, I’ve lived through that tension” says Taggar. Zeus Living has built technology to remove complexity from housing, turning it into a service that enables a more mobile world.”

Taggar had gotten into the real estate business early, remortgaging his mom’s house to buy a condo in Mumbai to rent out. After moving to the US, he built and sold Y Combinator-backed auction tool Auctomatic with co-founder and future Stripe starter Patrick Collison. It was while working on NFC-triggered task launcher Tagstand that Taggar recognized the hassle of both finding new corporate housing and reliably renting out one’s home. With Uber, Stripe, and more startups growing huge by simplifying processes that move a lot of money around, he was inspired to do the same with Zeus Living.

“We have great alignment with the Airbnb team in terms of serving the changing needs of business travelers that want the comforts of home when traveling for extended 30-day stays for work or a project” Taggar follows. Airbnb can help Zeus drive demand thanks to all its inbound traffic, while Zeus offers Airbnb more supply for customers seeking longer stays.

Zeus’ biggest threat is that it could get overextended, misjudge demand, and end up on the hook to pay rent for two-year leases it can’t fill. And now with more funding, there will be added scrutiny regarding its margins, especially in the wake of the WeWork implosion.

Taggar recognizes these threats. “This is a business where we have to be focused on maximizing the gross profit we generate for the investments we make, with the least amount of risk. At Zeus Living, we’re continuously improving the ways we predict and secure demand.” He’s also building out teams on the ground in different markets to ensure regulatory compliance and push for more conducive laws around 30+ day rental stays.

Property tech has become a heated space, though, so Zeus will have heavy competition. There are traditional corporate housing providers, pure marketplaces that don’t deal with logistics, and direct competitors like $66 million-funded Domio, and juggernaut Sonder which has raised a whopping $360 million. Zeus might also see its model copied abroad before it can get there. Over time, landlords and real estate investment trusts like Blackstone could force Zeus, Sonder, and others to compete to pay them the most for leases, eating into all the startups’ margins.

At least with Airbnb as an investor, Zeus won’t have to fear a bitter battle with the tech giant over corporate housing. Instead, Airbnb could keep investing to coin off this adjacent market while listing Zeus properties, or potentially acquired the startup one day. For now though, Taggar just wants to prove startups can be accountable in the real world, acknowledging that taking over people’s homes is “a lot of responsibility! Our homes represent hundreds of millions of dollars of assets we manage and we take that very seriously.” 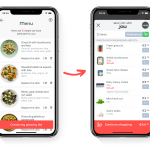