Signal Media has closed a $16 million Series B funding round for an AI-fueled approach to media monitoring and b2b market intelligence. The UK startup uses machine learning techniques to filter through external information at scale — generating real-time insights for its customers, including for reputation management and decision support purposes.

Its system analyzes more than 2.8M global online, print, television, radio and regulatory sources, translated in real time in over 100 languages from 200 markets — serving up a customized overview of public conversations, market movements and issues pertinent to the client.

The Series B funding round was led by GMG Ventures, an independent VC fund whose limited partner is The Scott Trust, owner of The Guardian news organisation; although MMC Ventures was the largest investor. The round also included a debt facility from Kreos Capital. Other investors include Frontline, Hearst Ventures, Reed Elsevier Ventures and LocalGlobe.

Signal Media announced a £5.8M Series A at the end of 2016. It also took in debt financing last year, and seed funding back in 2015. And says the total raised to date is north of $27M.

On the customer side, Signal Media has more than 200 clients at this point — including the likes of Allen & Overy, Amnesty International, British Airways, E.ON, TalkTalk, Thomas Cook and Whitbread. While its headcount has doubled to almost 100 people in a year, and it notes it’s more than quadrupled revenues since its Series A raise in September 2016 — claiming 300 per cent year-on-year growth in 2017-18.

While PR and communications is where the company has focused its initial product push, it wants to broaden out into risk management for tax and compliance, and business development in financial and legal services — using the latest investor cash injection to train its AIs on more tasks.

Specifically, says CEO and founder David Benigson, it will be using the funding to build out the AI-driven features of the product.

“Alongside our topics and entities, we’ve built a range of product features, from quote detection, to automatic clustering and auto-translation. We’re already working on a sentiment system that explores the meaning behind entire articles, mentions within an article and tone. We think it’s mad to try and put a numerical -1 to +1 score of ‘sentiment’ around an article — because depending on the reader’s context, a quote in an article could be good and the article could be bad, yet for another reader, the reverse might be true! We’re going beyond this kind of thinking. What kind of good is it? What impact will it have? These are the questions we’re trying to give answers to,” he tells TechCrunch.

“We’re also working on an entirely new way to deliver information to our users by understanding more about their world up front, so the AI can automatically surface contextual articles that are of interest — but that haven’t been actively searched for. Imagine the system itself saying ‘hey, you should really read this, it’s really worth reading considering your interest in X’. That’s what we mean when we talk about the ‘unknown unknowns’ we’re trying to help people see.”

“We’re working with researchers to automate some of the lower-level research work like producing biographies, or company ‘cheat-sheets’,” he adds. “What does this all boil down to? We’re confident we can get to a point relatively quickly where you could be shown an article you didn’t know about, with a competitor or M&A opportunity you haven’t been aware of, give you an immediate idea of what other people think about that competitor, and then give you an instant 2-page summary of that company with all their key information, coupled with some insight into where they sit in a market. It’s really exciting!”

Another focus for the funding is expanding further into the US — where it sees growth potential.

Benigson says a fifth of its revenue currently comes from the market, but he touts the number as “improving daily as we build the team out there”.

The typical Signal Media buyer is currently the head of PR or head of comms in a professional services, financial or legal firm — who’s after reputation management software. But Benigson says increasingly the CEO or wider leadership team is wants to tap into real-time updates for business decision support purposes.

“We always had a vision that Signal would be used horizontally to surface business intelligence,” he says — citing regulation tracking as one of the nascent use-cases it’s interested in. “How does public sentiment and policy impact regulation down the line?”

And it’s certainly true that political risk has stepped up for businesses in all sorts of sectors in recent years — as tech-fueled disruption has generated societal and political pressures, alongside a range of volatile geopolitical events.

On the regulatory tracking front, Benigson says it’s working with a major consultancy on an enterprise-wide application of the service aimed at surfacing global regulatory information.

“The idea is to help risk professionals provide high-quality analysis and insight in real-time, so clients can stay ahead of the change by planning for regulation before it’s even announced. How is regulation X or Y going to unfold? What are the different ways that you could adopt or implement that particular change in regulation?” he explains. “We’re not there yet, but the aspiration of the business is to augment those professionals with decision support.”

Some existing clients have also been using the service to source new business — including for spotting potential M&A targets — and this is another area Signal Media wants to nurture and grow.

“For example, we trained the system to source content on financially distressed firms, and it’s used by the M&A teams at several banks to build their pipeline. For these kinds of clients, the first-mover advantage is crucial and can result in seven- or eight-figure deals, so the real-time alerts from Signal are very important if you’re going to beat your competitors to the punch,” he says.

“Imagine being able to see that the M&A rumors around a prospect are ramping over the course of a morning — calling at 1130 instead of 1201 when they make their announcement public might make all the difference.”

Another business intelligence use-case it wants to serve relates to executive moves — and Benigson says it’s “ramping the training of our AI” to help customers get wind of key job changes before rivals do.

In the reputation management space Signal Media is competing with a range of incumbents — such as Kantar and Cision — plus some newer approaches from the likes of Meltwater and RiskEye, though Benigson argues none of its rivals have “machine learning at their heart”. He names that as its “real differentiator” (vs, for example, the keyword based monitoring used by others).

He also argues it’s “sitting uniquely in the market offering decision support”. “The scope of what we are now able to do in terms of ‘real’ sentiment, automated, readable summaries and contextual analysis is far beyond the traditional scope of reputation management,” he claims.

“We’re also interested in so much more than just reputation and the value of earned media for a CMO (although this is certainly something we help track). My dream is that ultimately we will consolidate insights across risk, reputation, and opportunity back into a single real time dashboard for any C-level professional so that a CEO has as much transparency, clarity, granularity as to what’s happening outside of their organization as inside it.”

While not yet profitable — owing to its focus to date on growth, Benigson expresses confidence in being able to scale the business and achieve profitability down the line. “When we look at the dashboard of AOV, quota, lead time, conversion rate, all of them are trending in the right direction,” he says. “There’s a clear unit-economic pathway to profitability, and we’ll go for it when we’re comfortable about our market position.”

Commenting in a statement, Simon Menashy, partner at MMC Ventures, adds: “We first backed Signal to develop their market-leading AI media monitoring tool, innovating in a space where every large company has a solution but few are happy with it. It’s now become clear that their technology can be applied to solve all kinds of other information problems businesses face. We’re delighted to be significantly increasing our investment and backing Signal’s next phase of growth.” 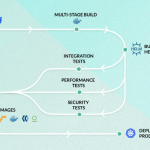 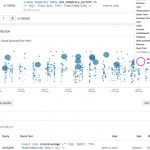