Accel and Index back Tines, as the cybersecurity startup adds another $11M to its Series A

It was just a couple of months ago that Tines, the cybersecurity automation startup, raised $4.1 million in Series A funding led by Blossom Capital, and now the Dublin-based company is disclosing an $11 million extension to the round.

This additional Series A funding is led by venture capital firm Accel, with participation from Index Ventures and previous backer Blossom Capital. The extra cash will be used to continue developing its cybersecurity automation platform and for further expansion into the U.S. and Europe.

Founded in February 2018 by ex-eBay, PayPal and DocuSign security engineer Eoin Hinchy, and subsequently joined by former eBay and DocuSign colleague Thomas Kinsella, Tines automates many of the repetitive manual tasks faced by security analysts so they can focus on other high-priority work. The pair had bootstrapped the company as recently as October.

“It was while I was at DocuSign that I felt there was a need for a platform like Tines,” explained Hinchy at the time of the initial Series A. “We had a team of really talented engineers in charge of incident response and forensics but they weren’t developers. I found they were doing the same tasks over and over again so I began looking for a platform to automate these repetitive tasks and didn’t find anything. Certainly nothing that did what we needed it to, so I came up with the idea to plug this gap in the market.”

To remedy this, Tines lets companies automate parts of their manual security processes with the help of six software “agents,” with each acting as a multipurpose building block. The idea is that, regardless of the process being automated, it only requires combinations of these six agent types configured in different ways to replicate a particular workflow.

In addition, the platform doesn’t rely on pre-built integrations to interact with external systems. Instead, Tines is able to plug in to any system that has an API. “This means integration with commercial, off-the-shelf products, or existing in-house tools is quick and simple, with most security teams automating stories (workflows) within the first 24 hours,” says the startup. Its software is also starting to find utility beyond cybersecurity processes, with several Tines customers using it in IT, DevOps, and HR.

“We heard that Eoin, a senior member of the security team at DocuSign (another Accel portfolio company), had recently left to start Tines, so we got in touch,” Accel’s Seth Pierrepont tells TechCrunch. “They were in the final stages of closing their Series A. However, we were so convinced by the founders, their product approach, and the market timing, that we asked them to extend the round”.

Pierrepont also points out that a unique aspect of the Dublin ecosystem is that many of the world’s largest tech companies have their European headquarters in the country (often attracted by relatively low corporation tax), “so it’s an incredibly rich talent pool despite being a relatively small city”.

Asked whether Accel views Tines as a cybersecurity automation company or a more general automation play that puts automation in the hands of non-technical employees for a multitude of possible use cases, Pierrepont says, given Hinchy and Kinsella’s backgrounds, the cybersecurity automation sector should be the primary focus for the company in the short term. However, longer term it is likely that Tines will be adopted across other functions as well.

“From our investment in Demisto (which was acquired by Palo Alto Networks earlier this year), we know the security automation or SOAR category (as Gartner defines it) very well,” he says. “Demisto pioneered the category and was definitively the market leader when it was acquired. However, we think the category is just getting started and that there is still a ton of whitespace for Tines to go after”.

Meanwhile, in less than a year, Tines says it has on-boarded 10 enterprise customers across a variety of industries, including Box, Auth0 and McKesson, with companies automating on average 100 thousand actions per day. 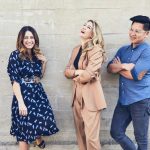