Clearbanc is disrupting startup funding by providing companies cash to buy ads in exchange for a revenue share so they don’t have to sell as much equity to venue capitalists. That idea has proven so appealing that 1000 companies seeking up to $1 billion total hit up Clearbanc since we reported it raised $70 million last month. So to meet the demand of the most eligible startups asking for marketing cash, Clearbanc has just raised a $50 million fund from Seamless co-founder Jason Finger’s new firm Upper90.

If a company’s Facebook ads and Stripe sales metrics show it’s a sure bet, Clearbanc can provide $5,000 to $10 million in funding to pour fuel on the fire. Startups invest that into ad spend, and then split the revenue with Clearbanc from the sales triggered by those ads until it’s paid back plus six percent. Essentially, Clearbanc offers an alternative to selling valuable equity and control to VCs by offering capital based on new data sources traditional banks aren’t looking at.

“In 2018, Clearbanc has funded over $100M into 500 different companies. Our portfolio companies are putting that capital to work and growing at over 100% year over year on average” co-founder and CEO Andrew D’Souza tells us.

To back the investments, Clearbanc raises sub-funds from LPs who earn a return through a slice of the revenue sharing deals. Part of the last $70 million was used to set up the first Clearbanc fund, and the whole $50 million being announced today is the second fund. Clearbanc expects the funds to mature and pay out after just two years, offering LPs a faster but lower-stakes return then typical eight-year VC funds. Upper90’s goal is just those sort of steady gains. “This deal literally came together in 3 weeks from first meeting to close, which was unheard of” D’Souza notes.

He wouldn’t say exactly how much Clearbanc has raised in traditional equity for itself, but revealed most of the $70 million round’s investors were buying standard equity and it has some flexibility in how it applies some of the funding. D’Souza tells me “We have been largely focused on ecommerce companies and subscription ecommerce, but have started doing some deals with enterprise companies.  In 2019 we plan to expand internationally beyond the US and Canada, introduce new verticals, and launch new financial products to help entrepreneurs.”

Previously at McKinsey, D’Souza had raised over $300 million in venture for startups before teaming up on angel investments with Michele Romanow, an investor from Canada’s Shark Tank-style TV show Dragons’ Den. The two have become a romantic couple amidst Clearbanc’s start in 2015. It’s now taken cash from Emergence Capital, Social, Social Capital, CoVenture, Founders Fund, 8VC and others. Groupon co-founder Ranjen Ruparell and Third Point hedge fund partner Keri Findley are now joining Clearbanc’s board. “We may take on more traditional equity in the future but we don’t need it right now” D’Souza reveals. “We will raise an additional 250-300M in LP capital next year to continue to meet demand.”

“We are witnessing an evolution of the growth capital business – entrepreneurs do not want to be forced to choose between restrictive equity or debt arrangements to fund their business growth” Cleabanc’s new board member Findley says. “Clearbanc is building a new asset class that is compelling for entrepreneurs as well as investors looking for strong risk-adjusted returns.”

The business model depends on Clearbanc accurately assessing demand for the products for which it’s funding ad buys. If products flop and the startups don’t have much revenue to share, its influx of LPs will dry up. Clearbanc is also vulnerable to changes in the ad market and platforms like Facebook or Google. If ad prices go up or new content formats like Instagram Stories don’t work as well for direct response ecommerce ads, that could also put the squeeze on Clearbanc. “We’re funding customer acquisition across platforms (it just happens to be primarily on Facebook and Google right now)” D’Souza counters. “We’re looking at data across our portfolio and building relationships with emerging platforms to help our companies stay ahead of the curve”

Given the explosion of direct to consumer brands in the wake of successes like Dollar Shave Club’s acquisition for $1 billion, there may be plenty of startups clamoring for Clearbanc’s capital. 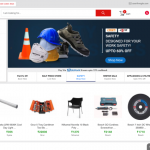